The real Amatriciana The story of a myth 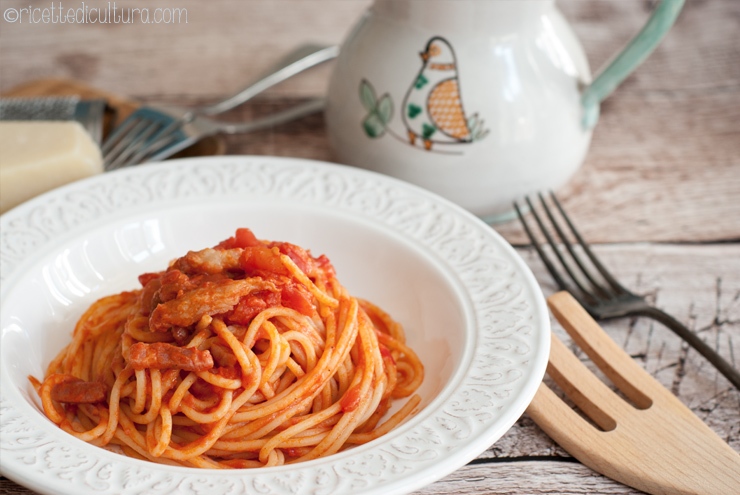 This recipe is born in the municipality of Amatrice, in the province of Rieti, and has thus known so many variants that the city itself has had to ask for custody of the recipe, to distinguish it from all the other unorthodox variants: nowadays, the recipe for pasta all’amatriciana has a PAT certificate, as a traditional agroalimentar product. 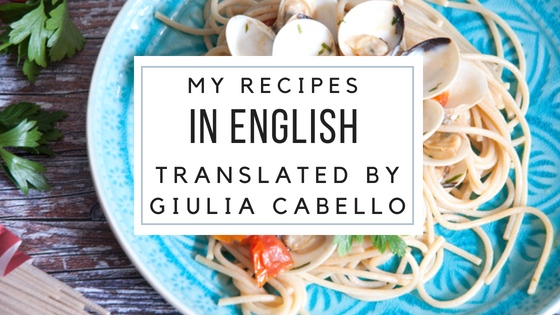 The recipe has been therefore standardized in such a way that its ingredients cannot be questioned:

It is mandatory to use guanciale, not pancetta — better yet if it comes from Amatrice; the same is true for roman pecorino, an essential component of the final flavor: for an authentic pasta all’Amatriciana, it should have been produced in Amatrice.

About the type of pasta, we can say that, in Amatrice, only spaghetti are used for this recipe. Outside of it, some allow bucatini or rigatoni, the shorter version. 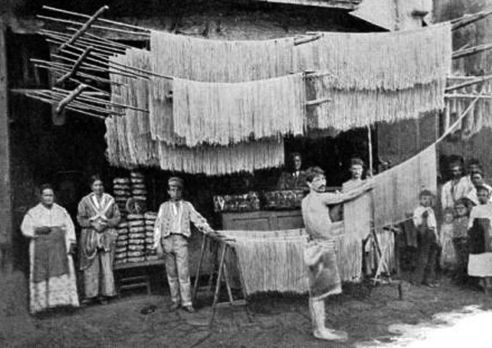 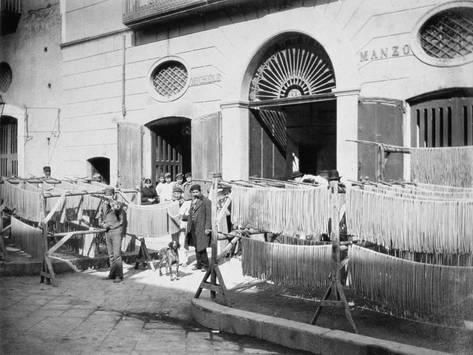 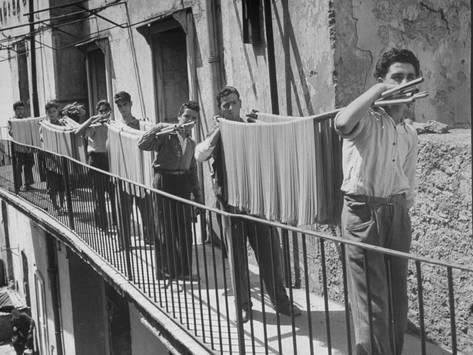 The procedure for real Pasta all’Amatriciana

Like the ingredients, the procedure has been standardized to preserve this recipe from modifications and variations. On the other hand, it’s so simple and elegant that, with the right ingredients, anyone can prepare it.

Prepare the sauce when the water used to cook the pasta starts to boil. Allow the guanciale to simmer in a spoon of extra virgin oil, then add peeled and minced San Marzano tomatoes. A chili pepper is also vital for the refining of the taste, since it adds flavor without covering the rest. Then, add salt and pepper, but keep in mind that the guanciale is already peppered and that roman pecorino has a very strong and specific flavor.

When the pasta is done cooking, leave it to rest in the sauce, adding plenty of grated pecorino. I personally love to let it melt, which makes the sauce feel a lot creamier. As a final touch, a little extra grated cheese can be added on top of the pasta. 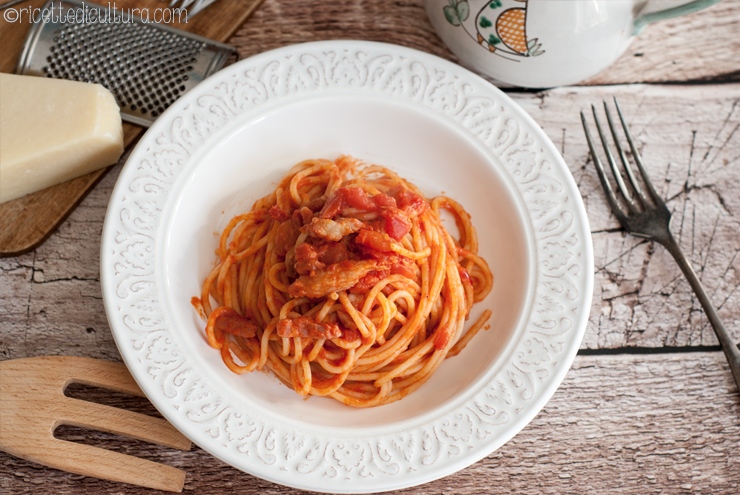 The story of a myth

Pasta all’Amatriciana appears to derive directly from a different recepy that’s been conserved up until today: that of pasta alla Gricia. It takes its name, perhaps, from the town of Grisciano, not very far from Amatrice, and it’s a plain Amatriciana (in bianco) prepared with guanciale but without tomatoes. Let’s remember that the usage of tomato in italian cuisine became widespread only after the second half of the 1800s, so it is plausible that this variant, sometimes called “cacio ed unto” or “cheese and greasy”, was the one that became universally famous.

Others place the name of the pasta alla Gricia to “grici” or “grisci”, common name for sellers of bread and edible goods. Others still believe that they came from the swiss neighborhood of the Grigioni. Well, they do love to play with words.

It is also remarkable that, in the 1800s, a “matriciano” was simply a bartender or host, since many dishes came precisely from around Amatrice. 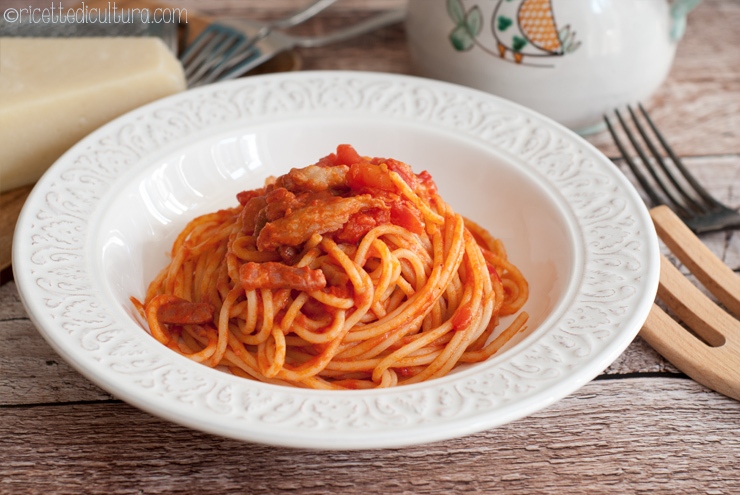 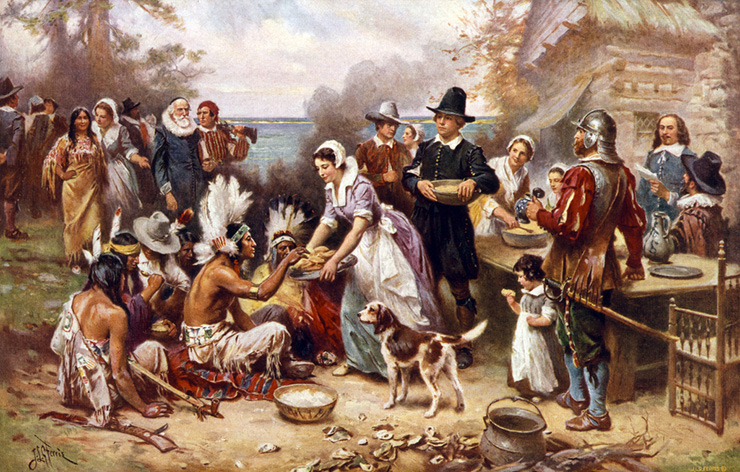 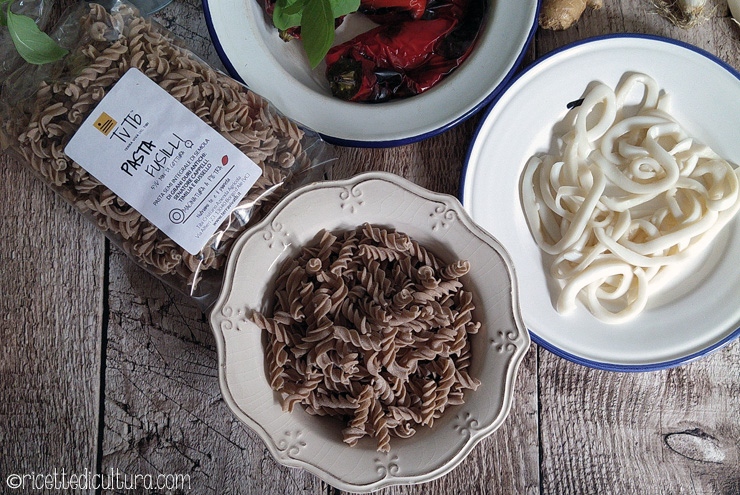 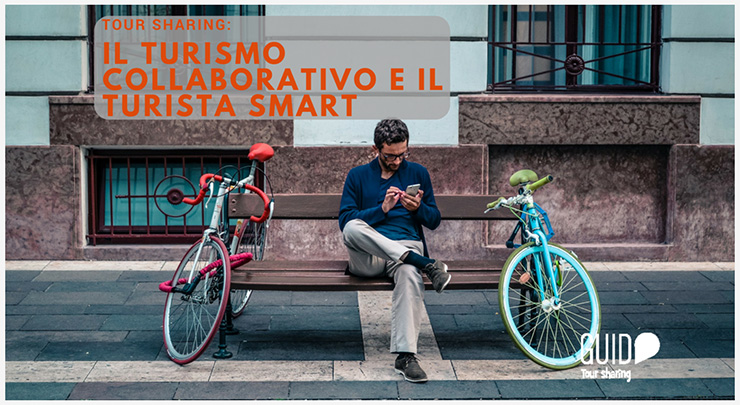